streamscapes - the waters & the wilds 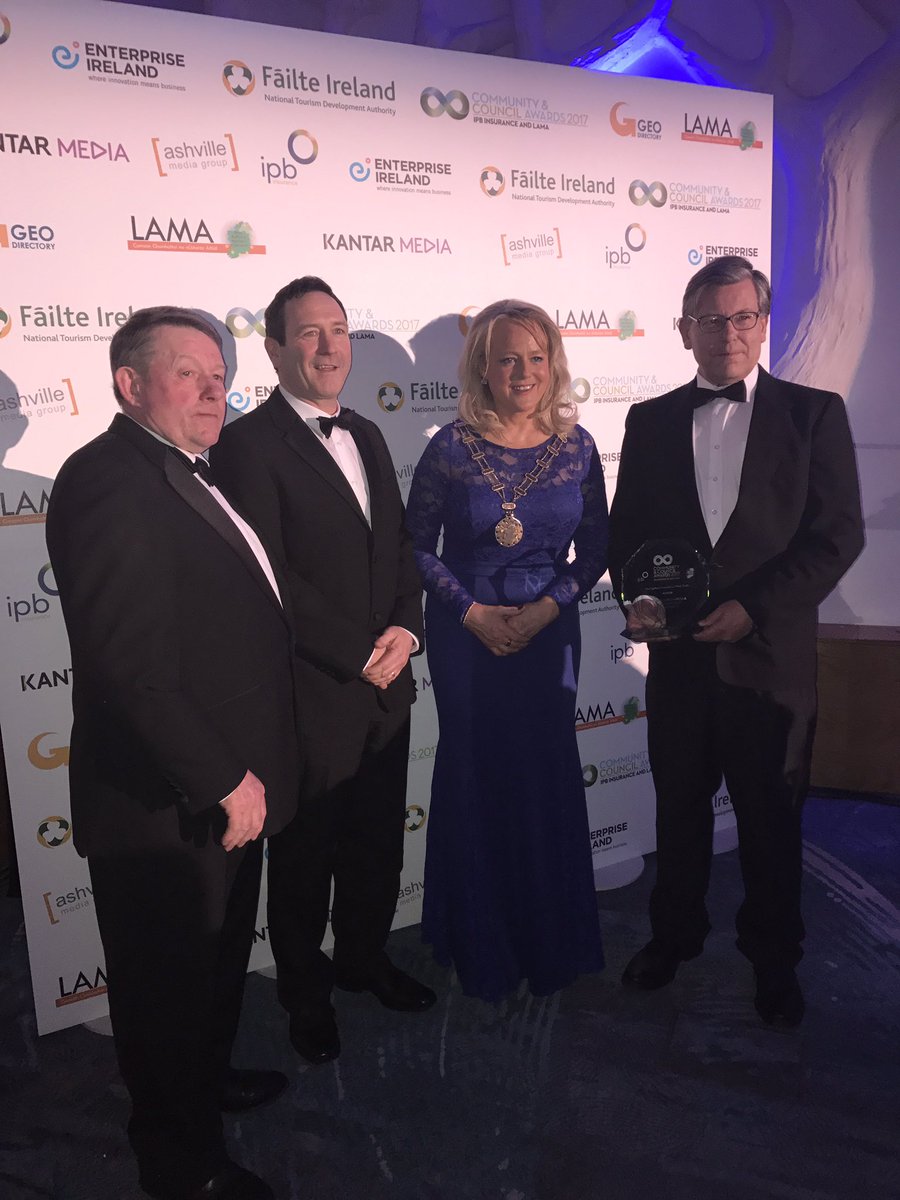 The IPB/LAMA Award for ‘Most Significant Contribution to Water Quality’ has been won by Coomhola Salmon Trust of Bantry for their ‘StreamScapes Waters & Wilds Community Engagement’ Programme.

They were the only non-government organisation in the Award Shortlist which also included the Department’s Local Authorities Waters & Communities Office (LAWCO), Limerick City & County Council, and Cavan County Council. Coomhola Salmon Trust Directors Mark Boyden and Paul Kearney attended the Award Ceremony in the Crowne Plaza Hotel, Dublin, on Saturday 4 February. “We’re really surprised and delighted to receive this Award”, said Mr. Boyden, “and it’s furthermore a tribute to every school, student, teacher and Community that we have ever worked with throughout Ireland north and south, over the past twenty–five years. It’s their award too.”

The Local Authority Members’ Association/LAMA ‘Community & Council Awards’, sponsored by IPB Insurance, are presented annually to State Agencies, Local Authorities and Community initiatives which have achieved distinction, and the award to StreamScapes was to acknowledge their innovative ‘Catchment’-based approach to promoting citizens’ awareness and stewardship of local aquatic and biodiversity resources. StreamScapes projects have been produced in Catchments all around the country, from Cork and Kerry up through Limerick, Clare, Galway and including cross-border initiatives in the River Erne in Fermanagh and the Ulster Blackwater involving Monaghan, Tyrone, and Armagh.

Judge 1: The significant contribution to water quality made by Coomhola Salmon Trust is deserving of recognition on a number of fronts. Not only did they manage to construct a project that was challenging in terms of budget, they focussed on keeping the education of end users a priority to ensure long term sustainability. Their consideration for operational costs was equalled by their focus on changing attitudes and behaviours to create a win-win in terms of educating the citizen and making it a cost effective process in the long term. It is a model for embracing the “catchment concept” for managing water and wildlife and will inform, engage and motivate the local population for years to come – a true example of real life sustainability.

Judge 2: ‘Since the late eighties and early nineties the StreamScapes Project has been engaging with communities in various river catchments across Ireland to create better public and social awareness of the challenges in maintaining water quality and biodiversity. This is a very welcome ‘bottom up’ approach which very well compliments the ongoing local authority River Basin District Management Plans to implement state integrated protection and conservation plans to comply with the EU Water Framework Directive. Indeed the efforts of Coomhola Salmon Trust on a local basis predates the RBD Studies which only in recent years are engaging in full community engagement through the The Waters and Communities Office in an integrated basis across all river catchments. Coomhola Salmon Trust as a voluntary organisation are to be congratulated in recognising and implementing water quality measures on a community led basis over many years. They don’t have the resources which the public sector has to implement necessary engineering measures but they do have the skills to educate the community in best practice environmental management of our waters.’